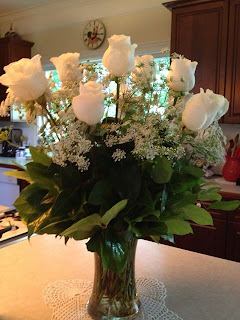 Have you ever needed a mulligan?  I have. I am grateful for the grace given to me by someone in the cart throwing me an extra ball.  I knew if I got another swing, I'd hit it straight.  I knew the mistakes I made the first time around. This time I'll stay out of the rough.  All I needed was one more chance.

I had done this marriage thing once before. I was so much younger and in love in the way that's reserved for the innocent.  The pre-cynical. I was blissfully blinded to the fact that life could hand me a big bag of no good.  And, honestly, it's really how it should be.  It's how I am. Heart on my sleeve kind of optimism.  But the downside was, I just never saw it coming.

We didn't stay together. We just could not make it. Maybe we were not ready for all that responsibility.  And so early one morning with my babies at my side, my life took one of those turns that I was not sure I would ever recover from. In the arms of my family I tried to figure out how I would breathe each day. But, I always knew I would. They only thing I ever wanted was to be a Mama and have a family.  My heart was broken.

But time is the disciplined healer of all wounds and each day became each day.

And then one day he was there.

He was just what I needed.  A brand new beginning.  We were still just a bit too young when we met,  but he was already remarkably stable.  He was raising a boy and he too was meant for a family life that hadn't panned out.  It was serious business for him and it showed.  He seemed to be where he was supposed to be.  And he was supposed to be there looking for me.

He restored my faith that there exists a man who will stay.  He gave me back my dream of being a loving wife to a loving husband and of raising a family together. It wasn't completely a story book start for the two of us.  It was one of those less than desirable beginnings where our young and foolish selfishness upended innocent by-standers.  It's not the kind of story you ever feel comfortable recounting, it had apologies and a price to pay.  Those things tend to live with you forever.  and, rightly so.

We added to the mix an accelerated courtship and ended up living together twelve weeks after meeting and how do you do, my name is... do not try this at home.  This has extreme high risk of broken hearts and shattered lives and despite the happily ever after, it's wasn't one of the best decisions we ever made.  A year is the minimum anyone  should date before embarking on forever.  This is what I preach now.  This is what I've told my sons.  This is what I'll tell your son.  Unprompted usually. We took it slow and steady after that and waited years to tie the knot.  Five years in fact.  I can't say for sure but it looked like I measured each step of the way carefully making sure that no point looked like the one before. the one that had failed.  It was impressively mature thinking.

When we finally got hitched, we found ourselves alone. In Boston. It was lovely. The day was radiant and trusting, the way it should always be.  He cried when I walked towards him because I was his mulligan as well and he knew it.

The hubs and I celebrated our twenty sixth wedding anniversary last week.  Twenty six. It's not one of the glitzy or glamorous ones.  It doesn't have the bang of 25 or 30.  It's just quietly nestled right in between "we made it" and trip to Bermuda. But there was jewelry. white roses. and dinner. sigh.

We ate lobster and fried angel food cake and laughed together (like we always do). I wondered out loud about making it this far, because quite frankly the odds were against us.

as we wined and dined at a fancy pants steakhouse, we contemplated our lives and the things that have kept us together. The biggest being sheer determination. Don't get me wrong.  Love lives here. That's a fact.  I won't bore you with the soulmate business or the two hearts that beat as one and the you complete me living room scene but suffice to say there is a love connection. (If you don't know us, you'll have to take my word for it).

But almost every divorced couple I know started out in love.  Chances are, they still are. It's just not always enough.  Even if you start out with the required one year engagement, a list of common values, and live together for five years.

The truth is, the hubs has a natural penchant for staying.  Me, I'm more runaway bride.

If things aren't going just right (and by that I mean you've hurt my feelings and made me feel insecure, unloved, abandoned), I'm the first one to disregard the "determined to stay married" clause in our contract.  I'll usually refer to my escape rider.  Section 4 paragraph b.

Because if anyone's doing the leaving around here it's going to be me.  What?  No one else mentioned leaving?  I've got an itchy trigger finger. I drop the D word like it's a hot potato.  It's my defense mechanism.  I know it's an unfair weapon of mass destruction that should never be used unless you are actually ready to use it and are walking out the door for good.

The hubs, he sees right through me. Thank goodness.  He lets me vent and throw a tantrum like a five year old, threatening to run away to join the circus.  He waits for a couple of hours while I cool down, then apologizes for whatever thing he did or didn't do that made me feel unloved, real or imagined.  He reassures me that we are a forever couple and that there will be no further discussion on the matter.  He convinces me once again that love lives here and always will. Until the poets run out of rhyme, until the twelfth of never.  And that's a long, long time.

As I look back behind me down the road we've traveled,  I don't mind that we've sometimes stuck it out for the sake of the institution.  I can see the value in being a rebel for a cause.  I'm happy to be determined to stay married.  I want the longevity.  I want someone to grow old with (that train is boarding as we speak, dude).  I want The Notebook, falling asleep in old age holding hands, but without the dementia.
I want to stay.
It turns out that there's a lot of sea out there, both rough and deceivingly calm.  There are storms that you won't see coming and there are lulls that would have you praying for the storms once again. sometimes the danger is in the lulls.  It's amazing the ways in which love will be tested.  I like to say that every marriage has it's warts. Ours has been no exception.

The hubs, is a natural born backer. He always has my back.

He supports me whole heartedly in my actual endeavors and those just blurted out at the drop of a hat with no real intent.  Anything I want to do - he's in.  Move to the beach?  Let's go.  Buy a house sight unseen?  Let's do it.  Take a trip to another country?  Obviously. When do we leave.

Someone has hurt my feelings or God forbid talked bad about me?  Give him their number.  No questions asked.  He doesn't need to know the story. There isn't a single thing in twenty six years of marriage that he has not taken my side on or believed in me for.  Right or wrong.  He's the ultimate backer.  And believe me when I say, the magnitude of that has never been lost on me.

You're going to need a bigger boat. 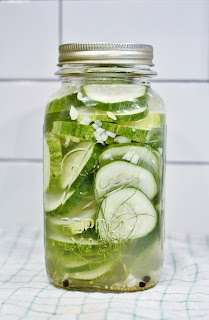 Note: If you don't grow your own dill, you can usually find it at a farmer's market or stand this time of year. Or ask a gardener friend. She will probably give you some. :) 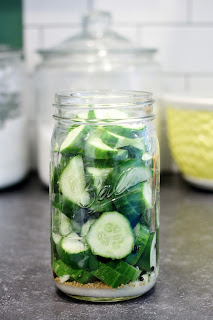 Fill the jar with warm water, screw a lid on, and shake until the sugar and salt have dissolved.

Stick the jar in the fridge for about 24 hours, but don't beat yourself up if you can't wait that long.

Pickles will keep for up to 3 weeks, but empirical evidence shows that they generally only last about 2.2 days, on average.
Email Post
Labels: 10 minute refrigerator dill pickles recipes sides/bites twelfth of never 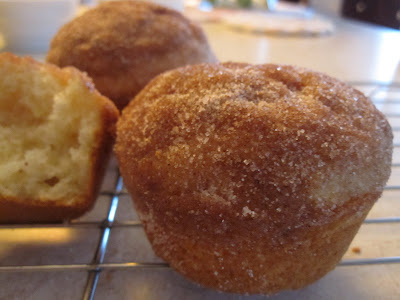 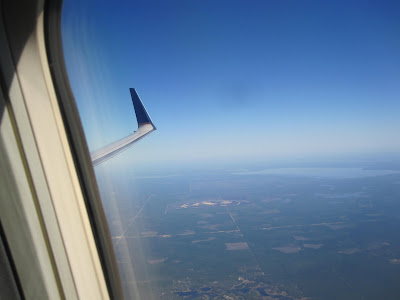 I adore a crescent moon, meteor showers, diners, lilies, the ocean, my family, my puppies, whole days wearing my pajama pants, fireflies, my old beat up Frye boots, and random acts of kindness I am a complicated girl who like simple things.